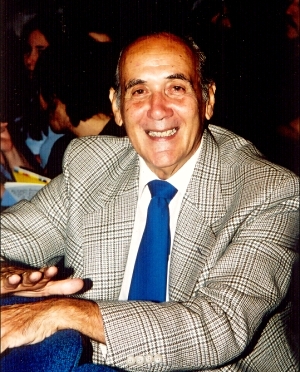 Carlos Ferrari’s “La nena se casa” is more than just a cruel comedy – it’s an intricate look into the eccentricities, pretentions and anxieties of Puerto Rico’s affluent upper-middle class. The extremes to which Juan, an ardent social climber, will go to are almost as bizarre as his daughters’ names — aptly named Yanisoria, Brifimar and Auriler. Just as important as the homely character of Auriler (played by Hannia Guillén) are the problems that plague contemporary Puerto Rican society – class divisions, decadence and the degradation of the island’s ecosystem for the financial benefit of a selective few. The themes at the heart of this play are undoubtedly Puerto Rican yet widely universal. What may be of surprise, however, is that this glimpse of the tribulations of Sanjuanero cosmopolitanism is being seen through an Argentine lens.

Carlos Ferrari has repeatedly brought Puerto Rico to the stage. “En’dito, tan bueno que era” was received with great acclaim, and “Puerto Rico, Fuá” to this day remains the most successful play produced in Puerto Rico. His play “The Preposterous Case of Miss Piña Colada” was among one of Repertorio Español’s most successful, and funniest, comedies produced.

Born, raised, and educated in Argentina, Ferrari was enchanted by La Isla del Encanto when he first stepped foot on the island in the 1960s. Since then, his plays have concentrated on the trials, tribulations, confusion and chaos of life there. Through the roars of laughter that greet “La nena se casa” wherever it is staged, one can see a perfect storm of cultural syncretism – Argentine literary tradition superimposed on the rich, vibrant complexities of contemporary Puerto Rican culture.

Repertorio Español comfortably provides a home to this fantastic production of mixed background. Though all characters are distinctly Puerto Rican, the actors that play them are not necessarily so. Wanda Arriaga (Ramonita), and Jerry Soto (Toñito) are both Puerto Rican. The others, however, encompass a myriad of Latin backgrounds. Gredivel Vásquez (Yanisoria) hails from Venezuela, Hannia Guillén and Sandor Juan (Wilfredo Pérez Pérez) both proudly represent their Cuban heritage, the prolific Nelson Landrieu (Juan) brings Uruguayan spark to the production, and Dalia Davi (Brifimar) is a prime example of the home grown talent of the New York Latin community.

Director José Zayas, of Dominican and Puerto Rican background, remarkably directs this production and furthers the subtle multiculturalism of “La nena se casa.” Through his direction, one can again see the cross of cultures that makes not only Carlos Ferrari’s work, but all work produced in Repertorio, so unique and appealing to a universal audience. The outstanding Latin flavors that both Zayas and the ensemble bring to this hybrid of Argentine and Puerto Rican theatrical tradition will undoubtedly come together to create one of the funniest and most appealing comedies that Repertorio Español has staged.

The official blog of Repertorio Español